The Dream of an Olive is a sculpture depicting an olive tree, a joint creation of Ruth Horam and Nihad Dabit.

The sculpture was erected in Wingate Square, Jerusalem, the crossroads of Jewish, Arab, and Christian settlements of the British Mandate. The idea for the sculpture came to us when we were requested to present a project to the “Ra-ut Ve-Ra-ut” Foundation in Jerusalem, a foundation that supports, among others, visually-impaired artists.

The sculptor Nihad Dabit lives and creates in Ramle. In recent years, Dabit has created primarily sculptures of olive trees, which have been erected in different locations throughout the country. The olive tree is a characteristic symbol, thousands of years old, of the Mediterranean landscape in which it grows, and a symbol of peace in the Middle East and in the world.

The trees, varied in size, are made of iron and copper, each one fitted to the landscape in which it stands. The largest among them, which are life-size, have been erected as courtyard sculptures. 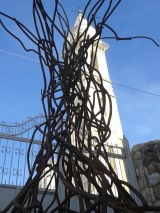 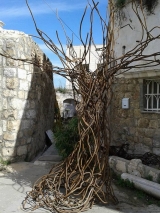 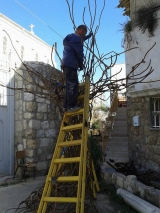